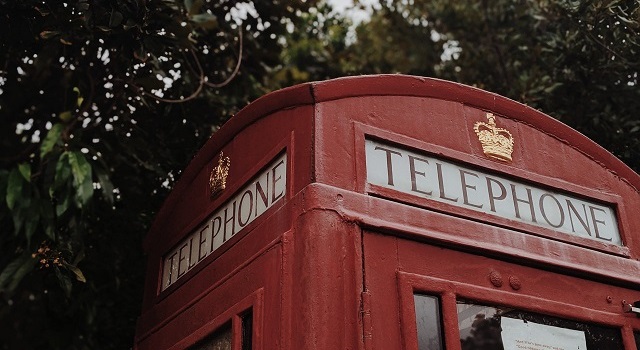 5 things NOT to say to a British person

Britain is an amazingly diverse, culturally rich, and historically fascinating part of the world that most people love to learn about. But somehow, whilst trying to understand the British culture a little better, a few stereotypes have been picked up along the way, which can sometimes lead to slightly uncomfortable, and often monotonous conversations.
Brits are friendly and affable folks, but the way you word a question can unintentionally give off a bad impression. Here are some of the common things people say to Brits, that would be best to avoid mentioning the next time you’re in a conversation with one.

The weather is terrible

If you have heard somewhere that the UK has terrible weather, then you don’t need to worry about telling Brits, because they already know! Brits are very much used to wind on Monday, a little sun on Wednesday, and then an onslaught of rain on Friday. The weather always changes and often for the worse, but they just don’t think about that anymore because it is very much the norm, so it is rather meaningless to point it out all the time.
Instead, try asking what the weather is like at the moment, rather than automatically guess. Britons love a bit of sunshine and warmth when it does come, which is not as uncommon as you might think.
So the next time you get the urge to tell a Brit that their weather is bad…. maybe don’t.

Have you heard of my country?

This seems to be a common occurrence with people from smaller and/or lesser-known countries, and it would appear their experience with typically English speakers is that they have bad geography. This is really not the case, and it sometimes sounds a little patronising to assume a person does not know.
When you speak with a Brit, don’t assume they won’t know anything about where you are from, give them a chance to tell you what they do know, they might just surprise you. Granted, there are some individuals who may not know every country in the world, but the UK is a diverse country filled with people from many different backgrounds, and most people have at some point come into contact with individuals from lots of interesting and wonderful places.
Either way, if a person does not know, it is always great to learn more about a different country and culture, and the majority of Brits would be happy to hear it!

The food is BAD!

For some strange reason, the UK has acquired this reputation for having terrible food. And not only that, but people also seem to think it is okay to tell Britons about it.
Okay, British cuisine is not known for being the most fancy or sophisticated, but it is truly warm, hearty, comfort food that fills you up and leaves you satisfied. And there is a plethora of delicious dishes out there to be tried. Shepherd’s Pie, Apple Crumble, and Custard, a great British roast with Yorkshire puds and gravy…. the list is endless!
It should come as no secret that insulting the food of a person’s country is not going to go down well, so rather than state the food is bad, try asking which food is good. There is more to British food than fish and chips!

Are you from London?

Whilst the person who wrote this article just so happens to be from London, please, please, PLEASE don’t assume everyone lives there. There is so much more to Britain than Big Ben, Buckingham Palace, and the other common tourist attractions found in its capital.
The UK is filled with many vibrant and beautiful places, with much to offer in the way of foods, monuments, cultures, and accents that can’t be found in London, such as the world-famous Stone Henge in Wiltshire, and the breath-taking Lake District in Cumbria.
Your best bet is to simply ask where the person is from, and if you have not heard of it, that is a great opportunity to learn about a wonderful new part of Britain!

It’s so expensive to live in Britain!

This ties in with number four. London is one of the most expensive cities in the world, but that does not mean the whole of the UK is the same. In much of Britain, it is easy to have a comfortable and happy life. Even if some parts are a tad (little) pricey, it won’t help to highlight that fact to the person living there.
Talking about the economy of any country can be somewhat controversial, and every part of the world is not without its problems. If you are interested in learning more about life and the standard of living in the UK, that’s absolutely fine, and most Brits will happily share their experience and views. However, try to take a more open-minded approach when asking a person about life there.
Brits are a friendly bunch, welcoming and understanding. Regardless of any faux pas that may occur, as long as your intention is well-meaning you have nothing to worry about!