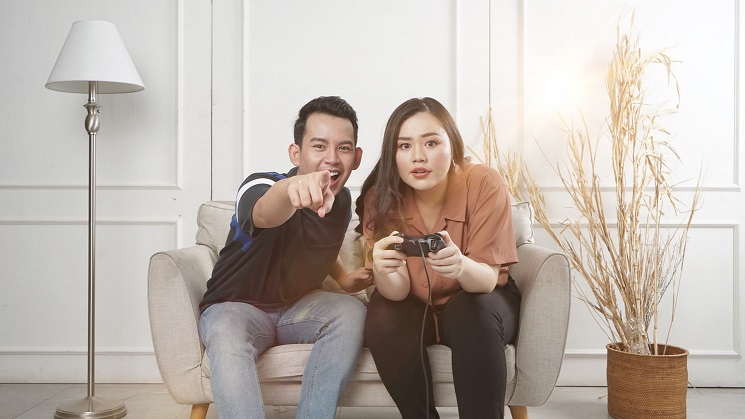 How Can Gaming Help You Learn A Language?

Since the early 1980s, academics have pointed to the important role that games can play in language learning. In 1984, for instance, Wright et al. found that adding games to language classes - including role-plays, pattern poems and card games - could raise the fun factor and add a social element to the process of learning. Major technological developments in the gaming world have upped the sophistication of gaming in many ways, and today, animated games invite us to explore virtual worlds or interact with friends who may be miles away. If you are already a gaming fan and you love the idea of playing your way to success in an upcoming language exam, read on to discover how gaming can help you achieve your goal.

It might just be the last game you might associate with learning, but Assassin’s Creed can produce amazing results when it comes to language learning. Associate Professor of Languages, Simone Bregni showed that students were able to master two semesters’ worth of language acquisition through just one intensive class for students encountering the Italian language for the first time. Bregni uses this game to reinforce vocabulary and grammar, asking students to solve problems in Italian. He chooses specific chapters of the game to achieve set learning goals, preparing students with worksheets beforehand and asking them to apply the information provided with tasks in the game.

What About Traditional Games?

It isn’t just computer games that can help you learn a language; so too can traditional role playing games such as Dungeons and Dragons. The variety of D&D dice, toys, and books show that there is something about the social element of board games that appeals to a range of people. In the same way that Professor Bregni insists that students use vocabulary and grammar during a game, you and fellow language learners can do the same, focusing on a specific unit in your book. Research by F Cerqueiro et al. shows that board games can be used to review lessons in English language teaching. However, these findings apply regardless of the specific language you choose to learn. Role plays in particular are a frequent component of many group language classes, but they do not have to involve typical scenarios. More fantastical settings such as those encountered in D&D and other fantasy games can challenge players to employ different vocabulary to that which they might use in typical classes.

Some computer games allow you to go directly to what you are interested in: language learning, sans distractions. Researchers at Cornell University found that using a game called Crystallize, created by IT students and teachers, resulted in better learning when played in a group. In the game, players are sent on quests to learn new words by watching animated characters interact. Based on context, players are encouraged to deduce the meaning of the words that characters are uttering. The findings back what many previous studies have shown: learning in a social setting, far from being a distraction, can actually be a boon to language students.

The idea that having fun and learning are mutually exclusive concepts has been debunked by recent research on gaming. Across the globe, teachers are using games to encourage students to learn a language in a more active, virtual setting. If you are more into role-playing board games than computer games, you can still avail of these benefits. Remember to decide on specific vocabulary and grammatical structures you wish to learn or review, and commit to using these in your game.

Save Up to 55% Off on TigerDirect Refurbished Desktops and Laptops!